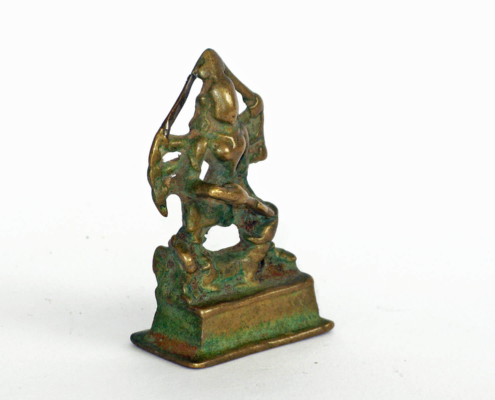 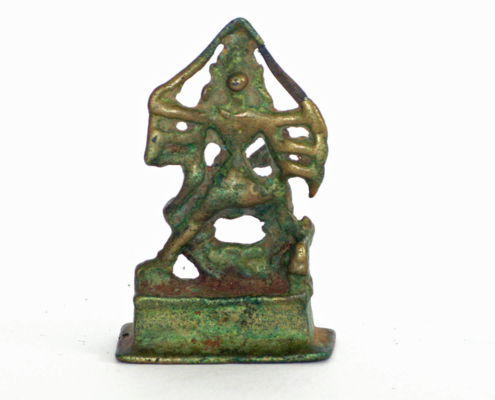 Durga with eight arms, cutting off the head of the buffalo and pulling out the demon.

Durga is the principal form of the Goddess, also known as Devi and Shakti . Durga the mahashakti, the form and formless, is the root cause of creation, preservation and annihilation. According to legend, Durga manifested herself for the slaying of the buffalo demon Mahishsura from Brahma, Vishnu and Shiva, and the lesser gods, who were otherwise powerless to overcome him. She is pure Shakti, having manifested herself within the gods so that she may fulfil the tasks of the universe via them. At times of distress, such as the mahishasura episode, to protect the universe she manifests herself via the gods.