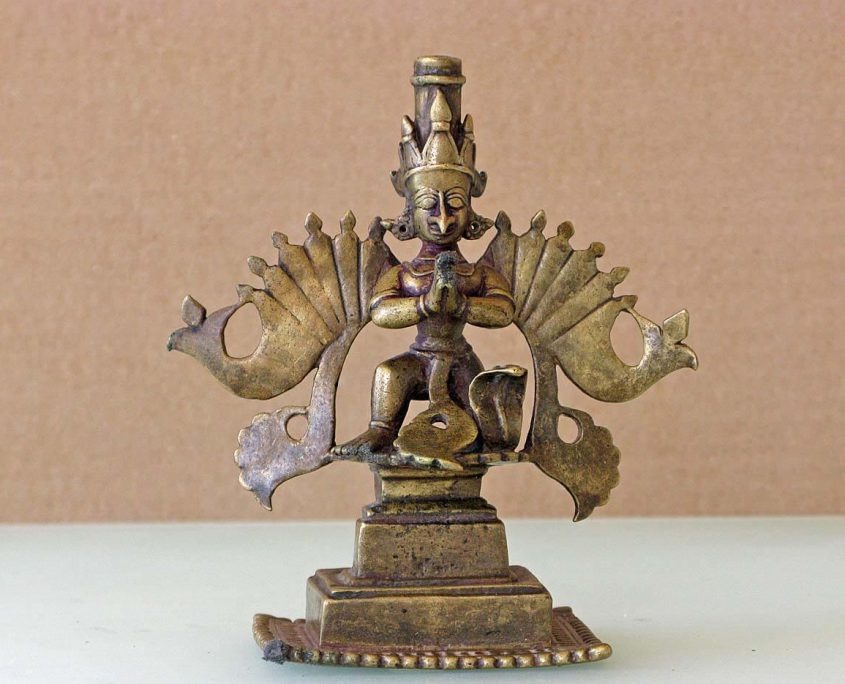 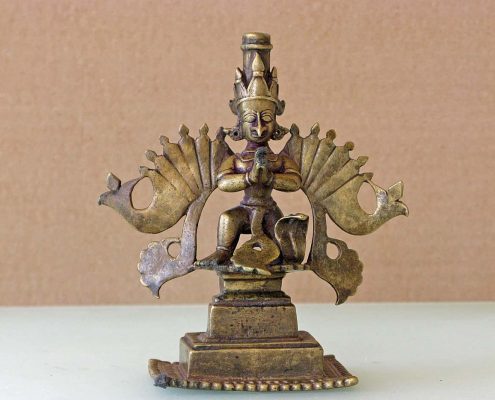 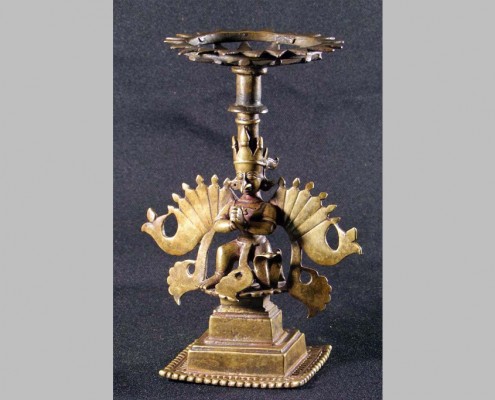 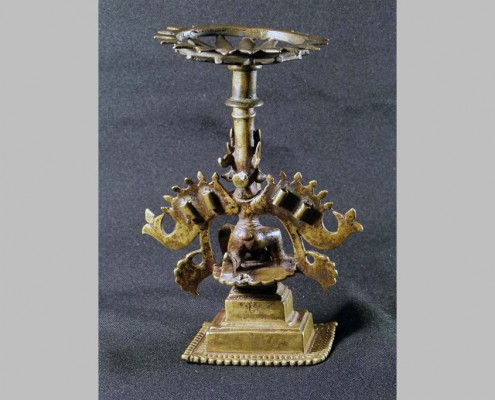 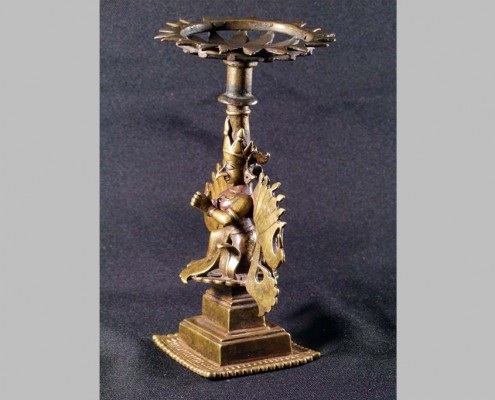 The top is probably not the orinal piece, but was replaced later, the metal is slightly darker

In Hinduism Garuda is a Divinity, usually the mount (vahana) of the Lord Vishnu.

Garuda is depicted as having the body of a strong man with  wings,  an eagle’s beak and with a crown on his head

Often Garuda he is kneeling in the Wai or namaste position, hands together in greeting

Garuda, kneeling on a snake,  with folded hands.

The top was holding a “Shaligra”, a black stone, which represents Lord Vishnu