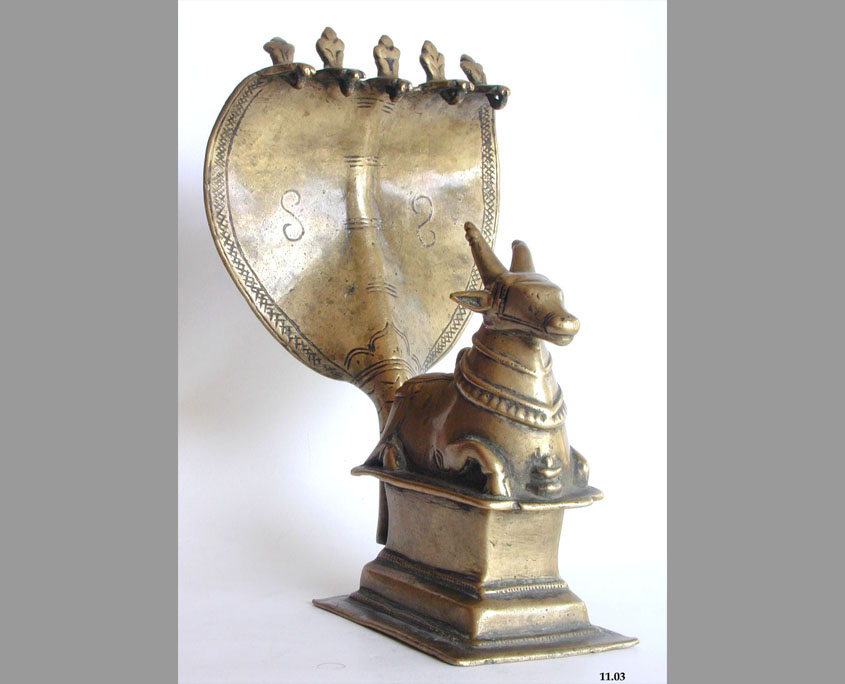 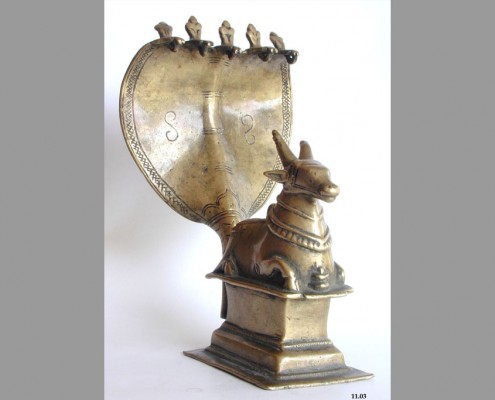 Nandi with a five-headed Naga

Usually the Ananta, the snake is depicted much bigger than the Shivahead or the Lingam/Yoni – she defines the space in which Shiva resides and so she is a symbol for limitlessness.

Though the form of Lingam and Yoni are derived from the actual Phallus and Vulva, they are symbols for Male/Female, light/darkness, god/bad. They invite us to transcend the opposites and to recognize the unity of all.

Krishna as a Child, st-084
Scroll to top