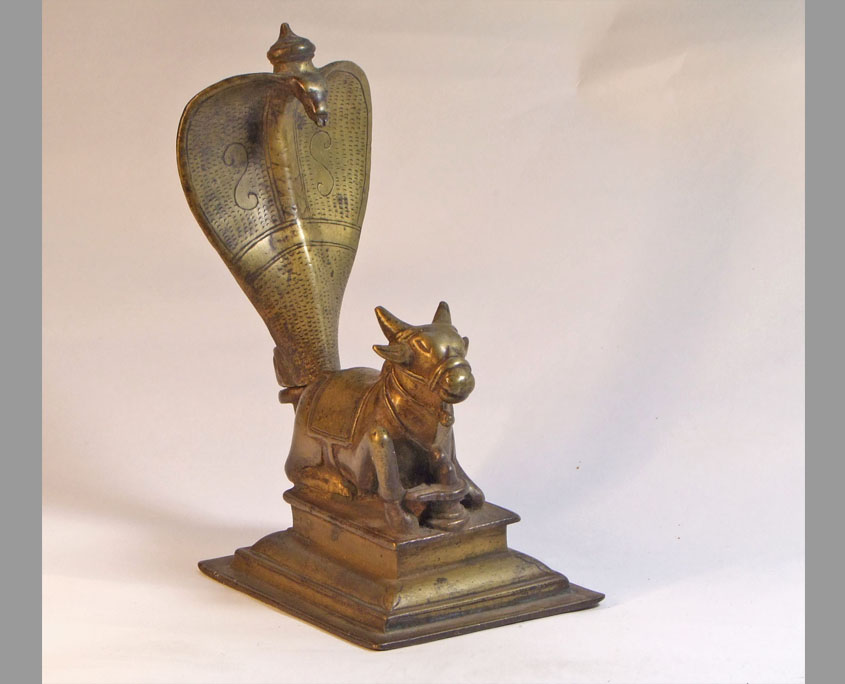 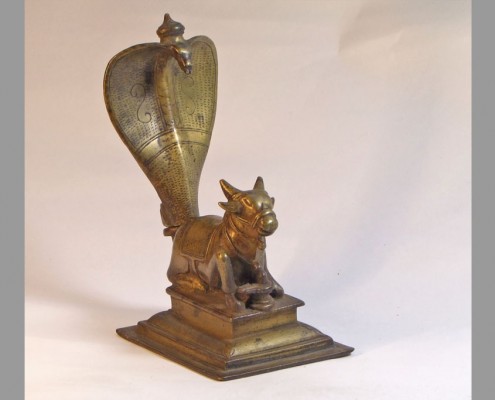 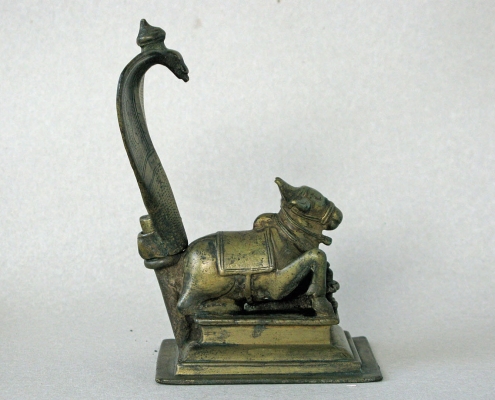 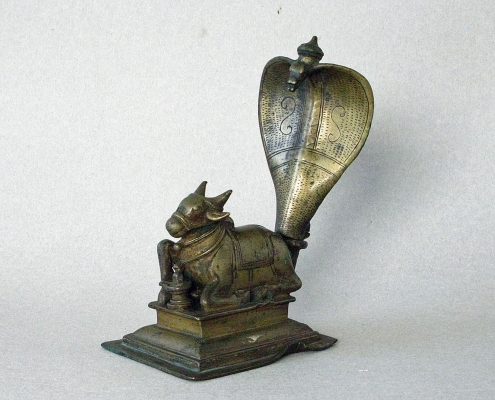 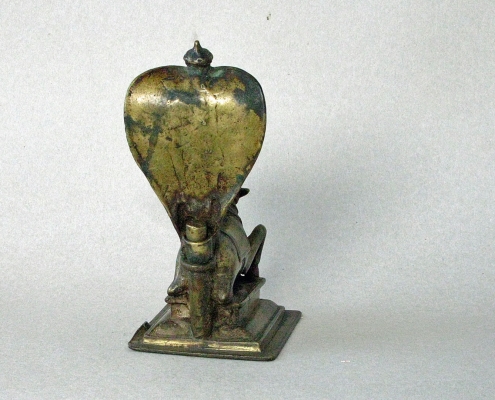 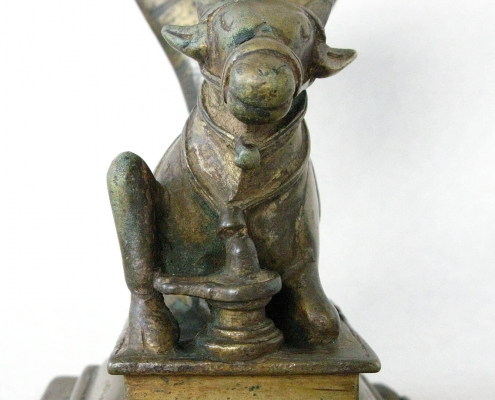 Good, one dent on the side of the base

Here shown with Yoni and Ligam in front, behind him a one-headed removable Naga

Usually  Ananta, the snake is depicted much bigger than the Shivahead or the Lingam/Yoni – she defines the space in which Shiva resides and so she is a symbol for limitlessness.

Though the form of Lingam and Yoni are derived from the actual Phallus and Vulva, they are symbols for Male/Female, Light/Darkness, Good/Bad.

They are inviting us to transcend the opposites and to recognize the unity of all.