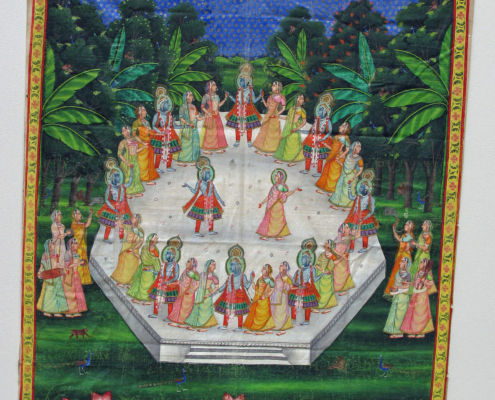 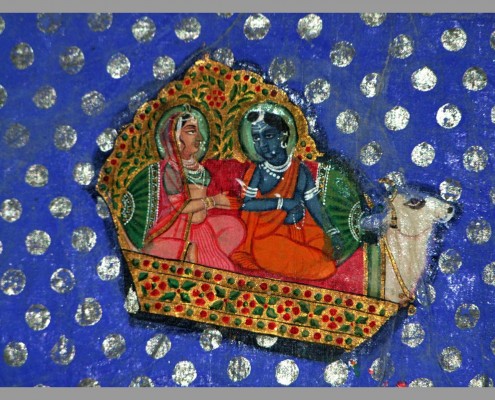 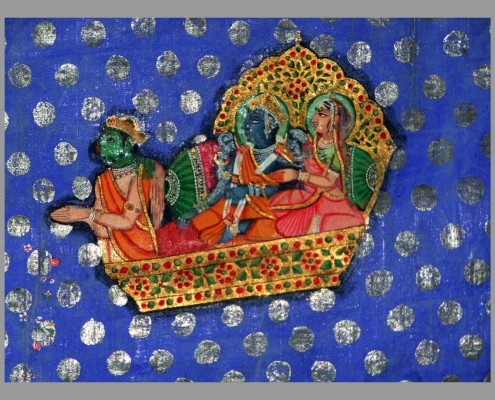 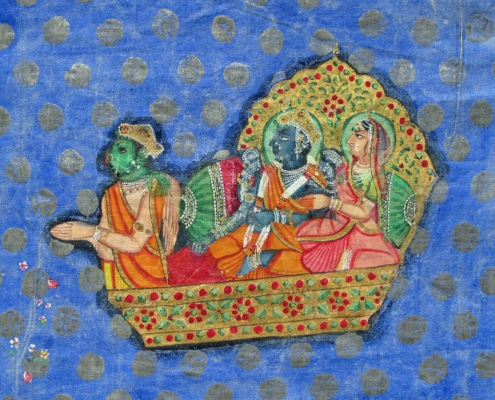 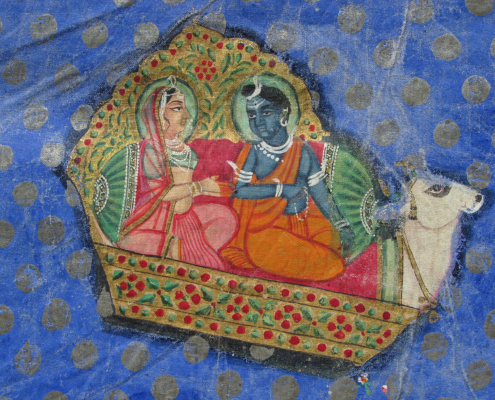 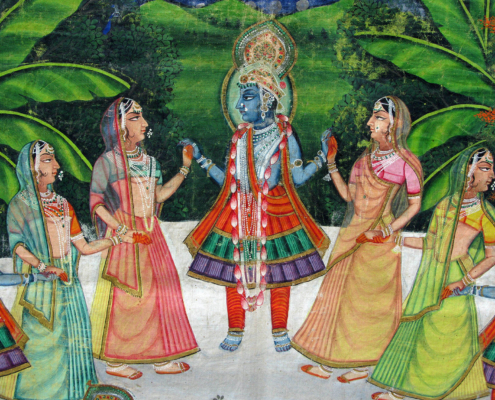 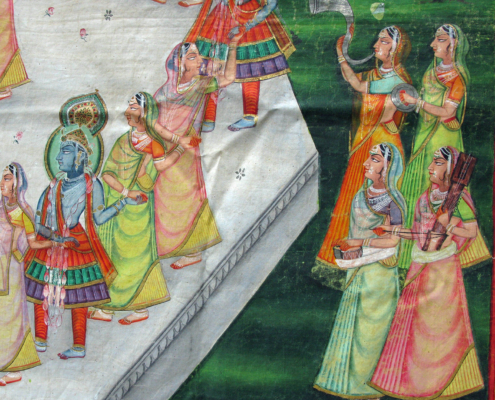 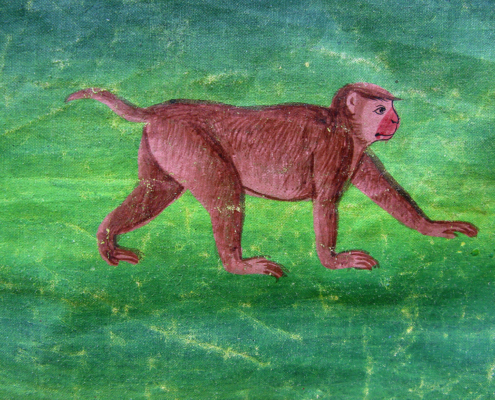 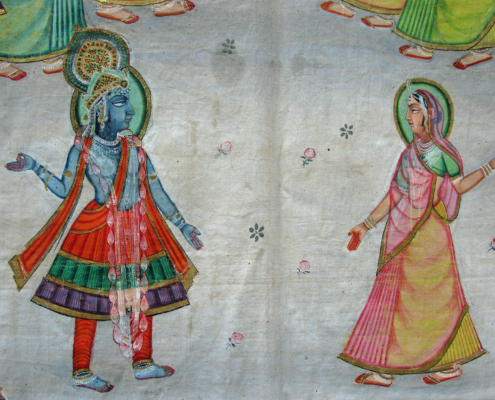 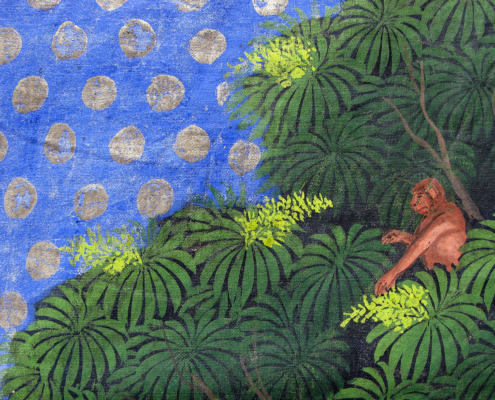 In a clearing near the banks of the river Yamuna Krishna has multiplied himself eight times and engages eight pairs of Gopis in a circle dance (maharasa mandala). Standing on a marble platform (paata) with steps (siri) on one side they are all holding hands while dancing, there are flowers on the floor.

In the centre Krishna is dancing with his beloved Radha.

Four Gopi-musicians on each side with different instruments accompany the dancers.

In the forest behind the dancers and in the clearing are peacocks, monkeys and parrots.

In the river are fish; lotus flowers are growing.

Shiva (left) and Vishnu (right) with their consorts float in the deep blue sky in their vimanas.

The painting is surrounded by a floral border.

Pichhavais are used as a backdrop for images worshipped in temples of the Hindu Pushtimarg sect whose members are devotees of the god Krishna. Pihhavais are made of cotton cloth decorated with painting. The main themes are episodes from the life of Krishna, such as stealing of the clothes of the bathing milkmaids (gopis).

The pichhavais were painted at several centers in Rajasthan, but the main center of manufacture has been Nathdwara, near Udaipur in Rajasthan.

The king’s son Krishna is revered as the eighth avatar of Vishnu and counts as the Hindu incarnation of the highest god. He has a blueish skin tone, a bamboo flute and, usually, a peacock feather in his hair. Together with his beloved Radha, he lives in a heavenly place called Goloka.