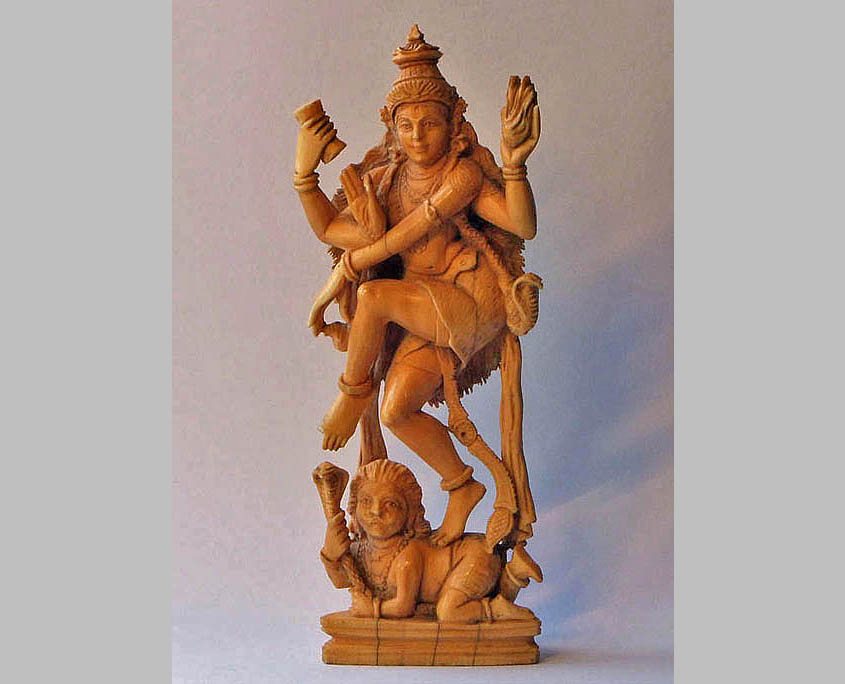 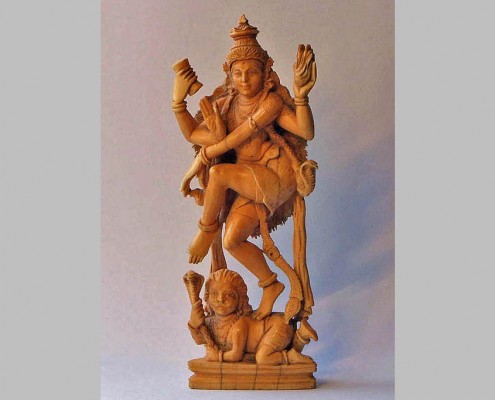 A four-armed Shiva Nataraja, Shiva as the LOrd of the Dance

In his upper right hand he holds the damaru, the drum whose beats syncopate the act of creation and the passage of time.

In his upper left hand he holds the agni (image left), the flame of destruction that annihilates all that the sound of the damaru has drummed into existence.

Shiva’s lower left hand stretches diagonally across his chest with his palm facing down towards his raised left foot, which signifies spiritual grace and fulfillment through meditation and mastery over one’s baser appetites.

The gestures of the dance represent Shiva’s five activities, creation (symbolized by the drum), protection (by the “fear not” hand gesture), destruction (by the fire), embodiment (by the foot planted on the ground), and release (by the foot held aloft).

Nataraja dances above the body of the demon, Apasmara, whom he has killed; in this role he is called Natesa. Apasmara, the dwarf demon, represents the ignorance of teaching that all opposites (for example good and evil) are false.

A very fine carving with many details