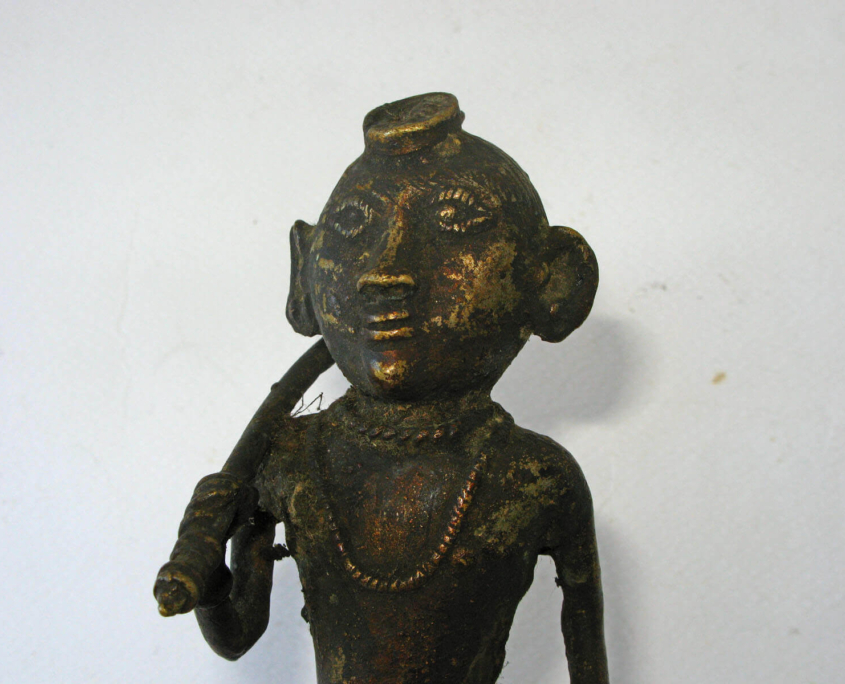 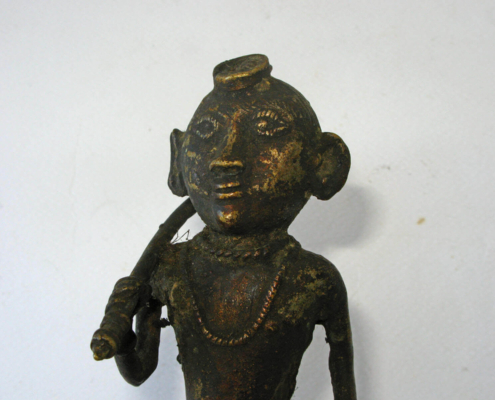 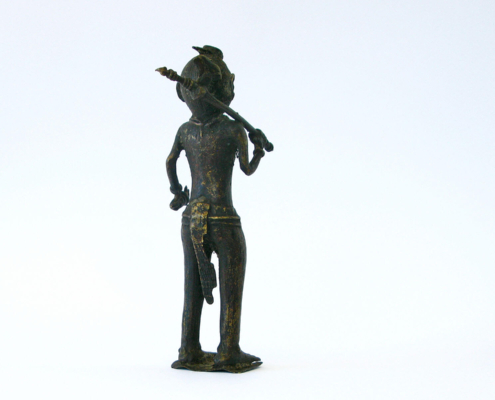 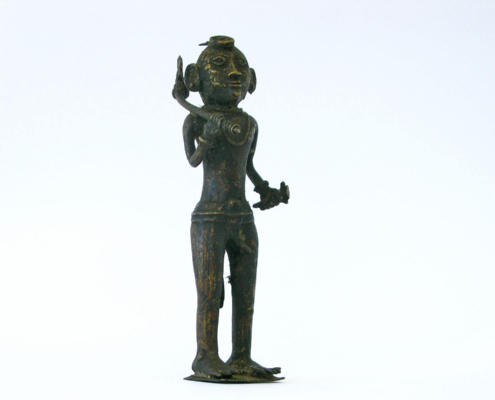 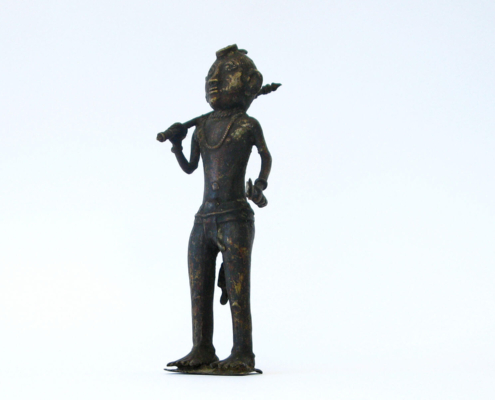 A standing male figure with a ceremonial knife (broken) and an axe (tangi). He is a participant of a buffalo sacrifice