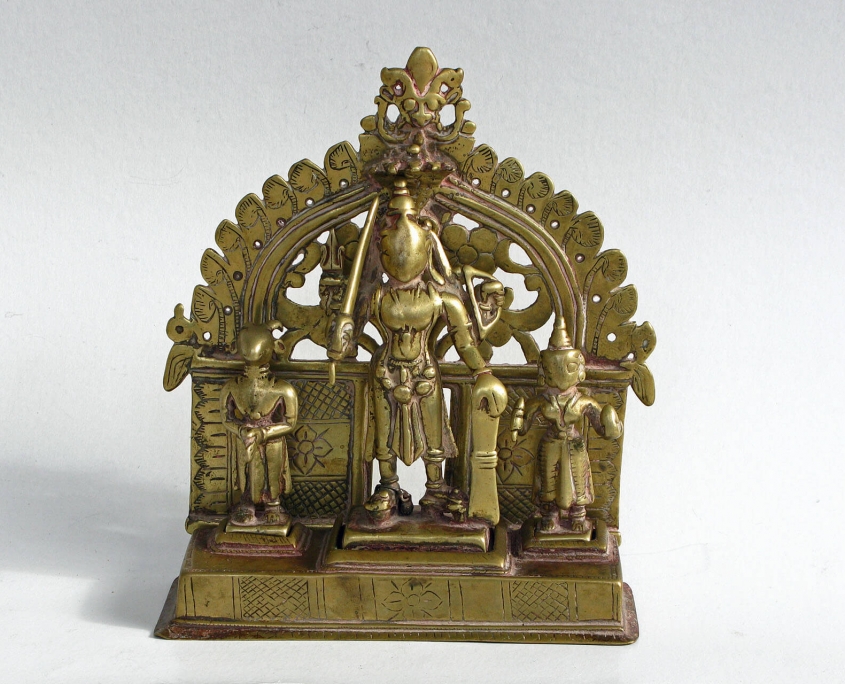 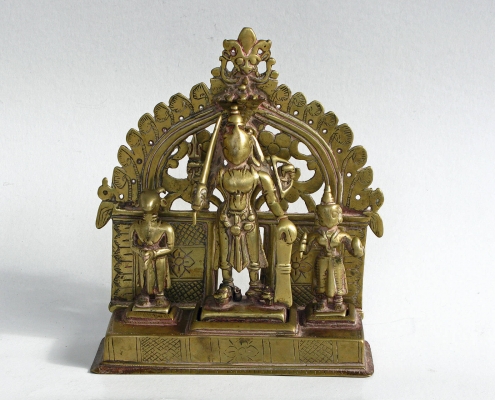 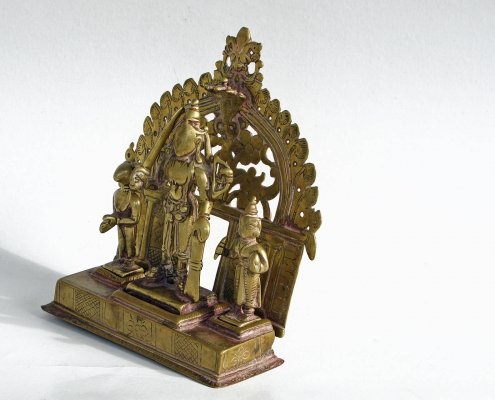 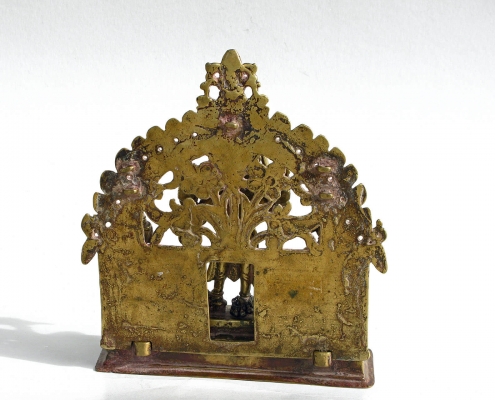 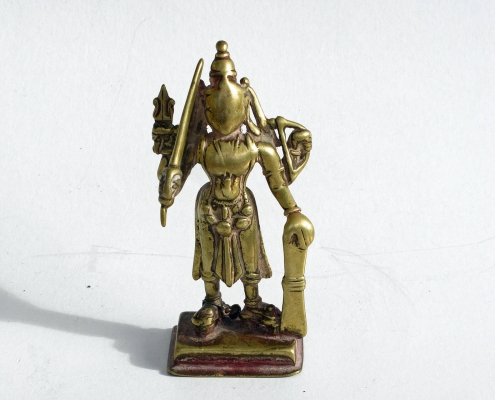 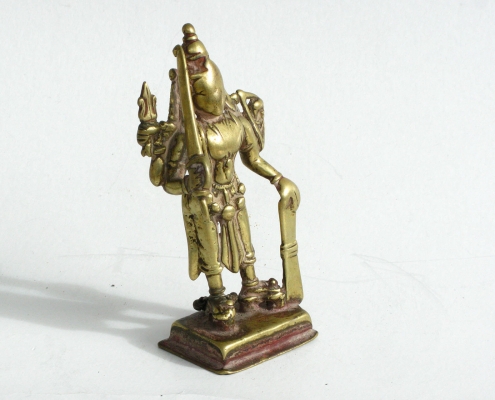 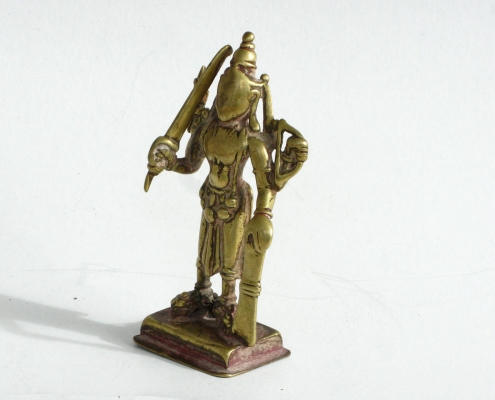 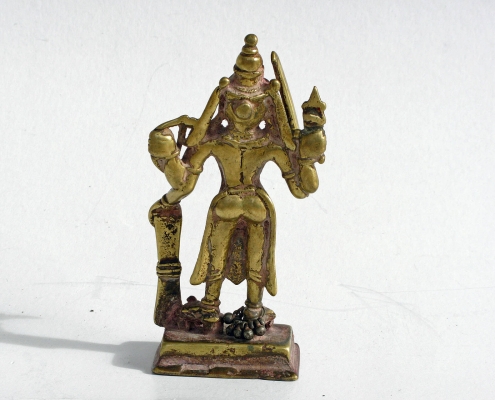 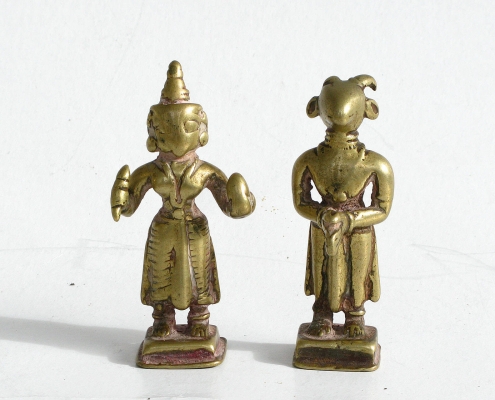 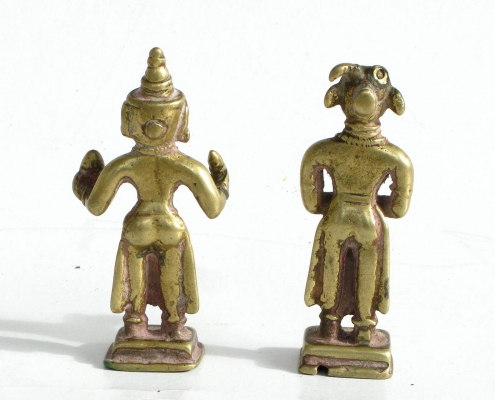 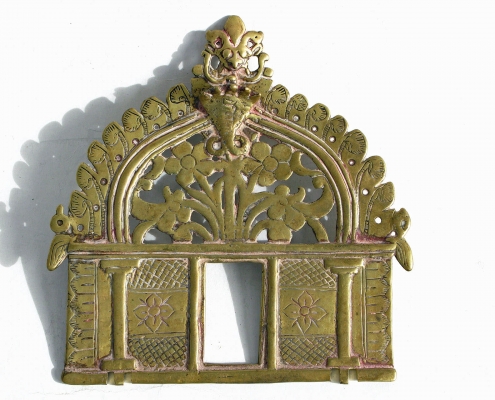 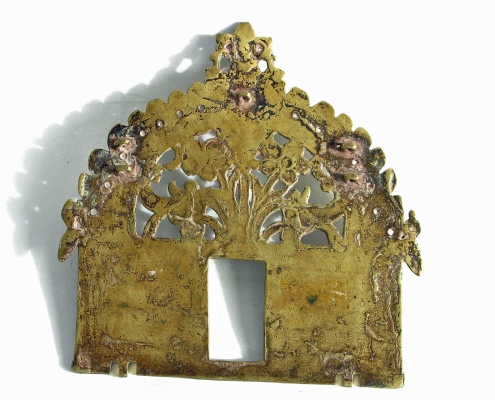 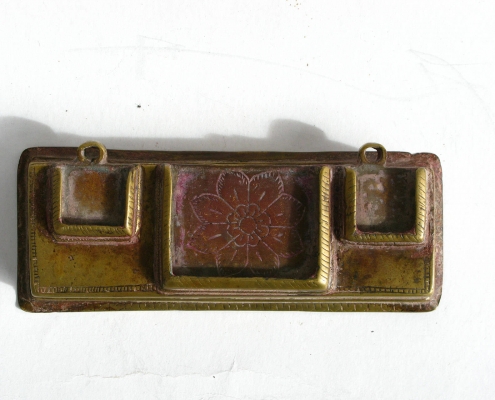 Very good; the faces of the statues are rubbed off by puja-use

Virabhadhra with four hands, in which he holds a arrow, a bow, a sword a shield and a trident.. Dakhsa, his human head replaced with a ram’s head, stands on his left, Badhrakali, his consort, on the right.

Virabhadra came into being after Daksha insulted Shiva’s wife who subsequently comitted suicide and Shiva created him as a form of himself and gave him an army to take revenge from Daksha. Virabhadra cut off Daksha’s head in a battle. The other gods persuaded Shiva to bring Daksha back to life. But Daksha’s head could not be found and so it was substituted with the head of a ram, as can be seen in this bronze.