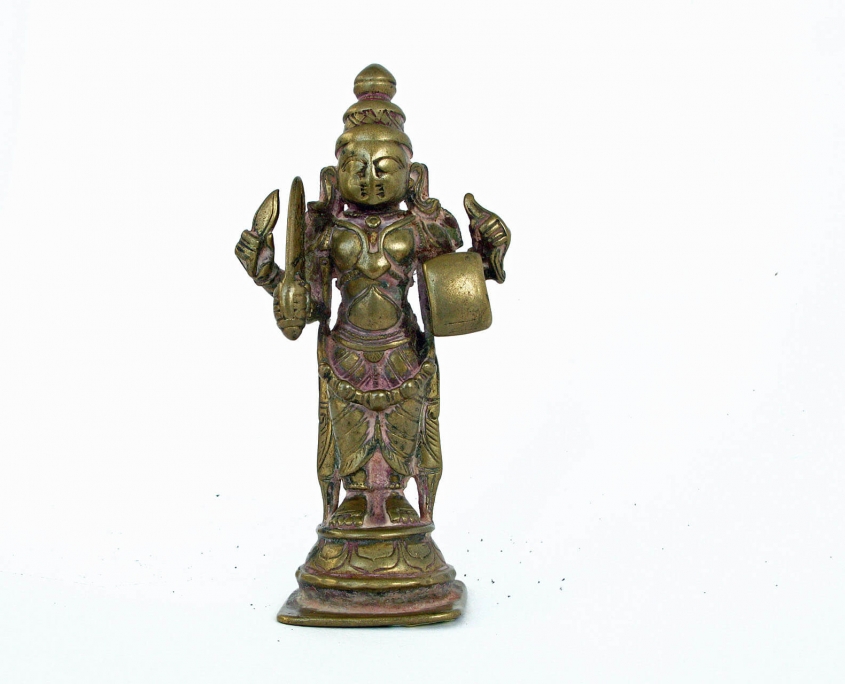 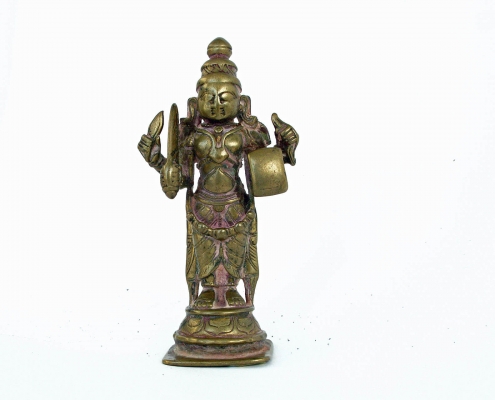 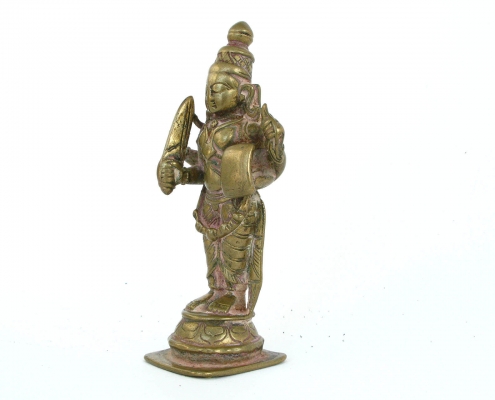 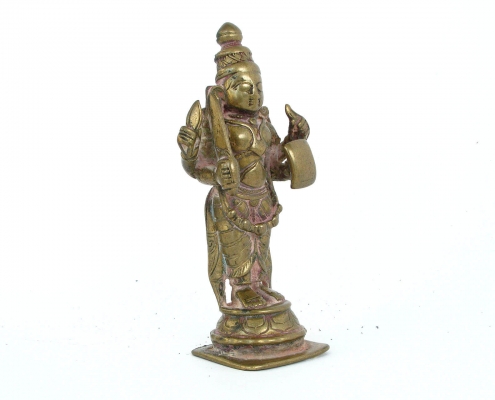 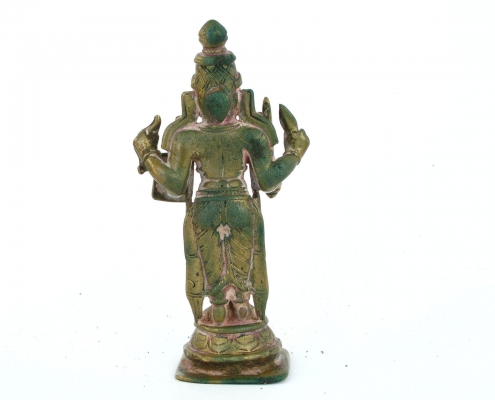 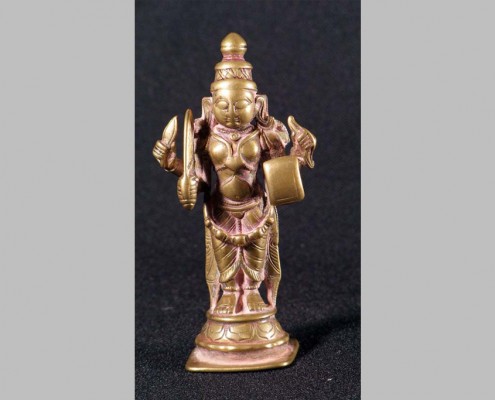 Four-armed Virabadhra, he holds an arrow and bow, a sword, a shield and a dagger

Around his hips a garland of sculls, around the neck on a long thread a linga-container

Virabadhra came into being after Dakhsa insulted Shivas wife, who subsequently commited suicide; Shiva created him as a form of himself and gave him an army to take revenge upon Dakhsa

Virabadhra cut off the head of Dakhsaa in the battle.

The other gods persuaded Shiva to bring him back to life. But Dakhsas head could not be found and so it was substituted with the head of a ram.

Very fine piece with many details and nice patina; remnants of red sindhoor-powder from puja-use