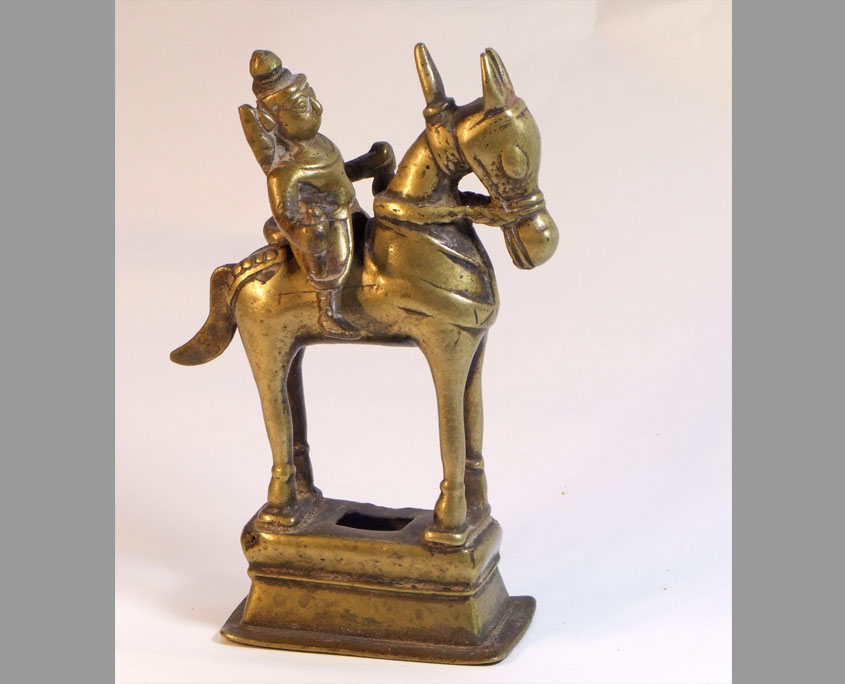 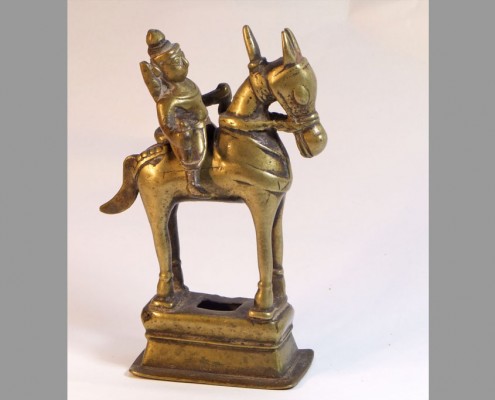 Two-armed Kandhoba on a horse

Khandoba is a deity of Southern and Western India who is still widely worshipped in Maharashtra and regarded as the guardian deity of the Deccan. He was originally depicted with the head of a dog, and vestiges of this remain in his worship to this day.
His usual attributes are a sword, trident, drum; his vehicle (vahana) is a horse and he may be shown associated with a dog.
Khandoba also became identified with Shiva, who is sometimes shown with a dog.